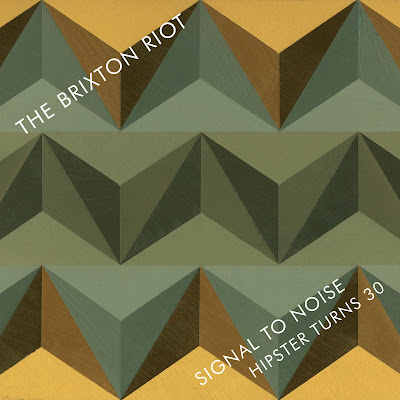 In a state known for celebrating scrappy working class underdogs and shallow ego trips, the Brixton Riot embraces the juxtaposition and gives it a rock and roll soundtrack.
Posted by The Brixton Riot at 6:33 AM No comments:

A Bit Of Trivia, Dining Tips and Our Album Cover...

Did you know that today is the "most depressing day of the year"?

We didn't. At least not until this morning.

Apparently, it's known as "Blue Monday" (not to be confused with this far better Blue Monday)

So considering this little bit of useless trivia, it's even sweeter for us to write this post. Because we have the great pleasure to report the following news items...

Palace Amusements is DONE. Not mostly done, almost done or nearly done. Not done except for mixing or tweaks. Not done all but mastering. It's done as in you have read the last of our "it's on the way, we're nearly there, we're not just sitting on our asses" posts. It's stick a fork in it, signed, sealed and delivered done.

You're probably saying "well, if it's REALLY done where's the artwork?". Oh, ye of little faith. 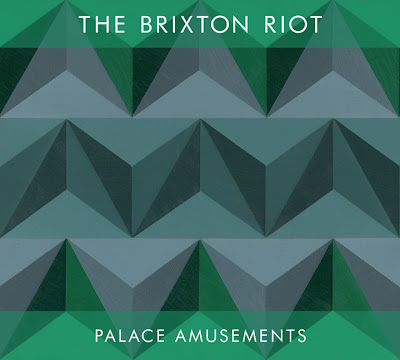 And there it is. This is Matt's fine brush work and we're all thrilled with it. Getting four guys to agree on a cover is a lot harder than it sounds. And we'd be remiss if we didn't thank Chris Gash for his hard work on helping us with design ideas.

Palace Amusements will be released by the fine people at the New York based Modern Hymnal record label on March 6th, 2012. You'll be able to get it from their website, our website, ITunes and Bandcamp. You will also be able to get it at one of our shows, which we will be resuming in March. We are currently in the process of putting together a number of dates to support the release and we'll be posting them shortly. If you had a particular venue you would like to see us in, we'd love to know what it is so drop us a line.

If you haven't seen it already, here's a promo video for the first track, "Signal To Noise"

It's too damn cold out, so I'm getting Vietnamese Pho for lunch. If you haven't tried it, you really should. It's hard to beat on a 23 degree day.

TBR
Posted by The Brixton Riot at 8:07 AM No comments: