Since it's been about a month since we last checked in, we wanted to drop you a line about what's happening with the record, the fall dates and us in general.

When we last checked in, we were in the mixing phase. And now…we’re basically still in the mixing phase. We're eagerly awaiting the next batch of tracks as we speak, and we're sure they will sound great - but since it's already October 11th, it's safe to say that Palace Amusements most definitely is not coming out on November 15th. I’m sure I owe someone a drink for that one (I’m looking at you, Steve). And since it won't be ready by the 15th, playing a fall tour to support it doesn't make much sense. We will likely still pop in for a few dates before the holidays, but we're going to hold off on some of our bigger plans until we've got the record in hand.

That's not to say that we haven't been busy. Bryan Sargent came by our last rehearsal and took some great photos. Some of them have popped up on our Facebook page already, some of them will be added soon and some of them will never see the light of day to protect our already questionable reputations.

Meanwhile, Matt and his old group My Favorite Citizen will be performing a reunion show at Maxwell's on December 28th, which I'm really looking forward to. Standing in front of him, I never get to see him play, and I’ve always wondered how he keeps that Yankee hat centered perfectly on his head.

And finally, we're very happy to congratulate Mark on his recent engagement to Erin, who he met at one of our Maxwell's shows a few years back. I apologize for not remembering the date, but it's not like I met MY wife that night. I don't remember much about that particular show, but I do remember Erin heckling us from the audience about the Yankees. Ah, amore!

Until next time, keep it real peeps.

Cheers,
TBR
Posted by The Brixton Riot at 9:17 AM No comments:

It's Quiet (For Now)

The cables have been winded. The mics have been put away. It's all gone quiet here, and it feels really strange.

It's been a few weeks since we first mentioned it, but in case you missed the news, we wrapped up the recording of Palace Amusements on August 26th. This milestone was reached the same week that a hurricane and earthquake hit New Jersey. We're not saying these events are related, but nobody REALLY knows for sure, do they?

Our songs are now in the very capable hands of Frank Marchand. Frank was the man behind the board for the last three Bob Mould records and he also remastered one of our all-time favorite 90's records, Sugar's Copper Blue. We're all very excited to have him working on Palace Amusements, though none more then Matt who got to talk to Bob Mould about working with Frank (or as Matt now likes to call him "my very good friend Bob Mould").

Palace Amusements will be released November 15th on the New York based Modern Hymnal Records. It was originally scheduled to come out on the Baltimore based Beechfields record label. We were very sorry to see The Beechfields close down over thr summer - we enjoyed our brief tenure in their strong stable of artists and have enjoyed playing with some of our label mates (like The Seldon Plan, Among Wolves, Gary B & The Notions, E. Joseph & The Phantom Heart to name a few), though we will certainly play with these fine bands again. Fortunately, Modern Hymnal stepped in and will give Palace Amusements a proper release.

Palace Amusements will be available on compact disc and digitally via iTunes as well as some other digital media outlets. The artwork duties are being handled by our very good frend Chris Gash. The final sequence of the album hasn't been decided yet, but here is the track listing:

If you'd like a preview of one of the tracks, we posted our own rough mix of Hipster Turns 30 back in July. It's up on our SoundCloud page.

We're currently lining up a series of dates to support the release, so look for those on our Facebook page and website soon.

Finally, a big thank you to everyone who has been asking about and looking forward to hearing our record. We cannot express how much we appreciate your support and we hope you enjoy our record. Thanks for sticking around. 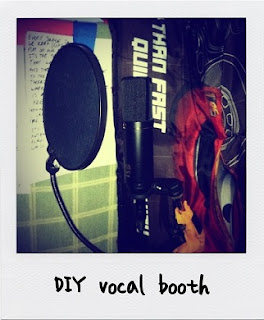 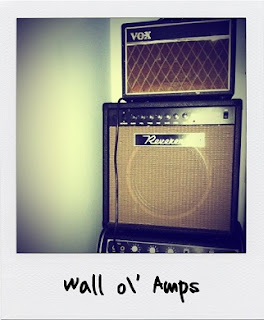 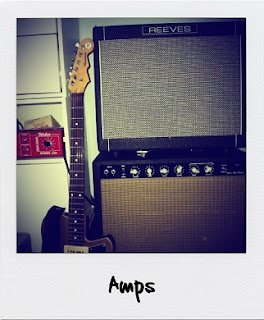 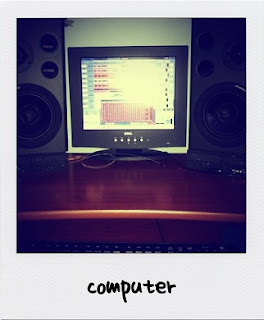